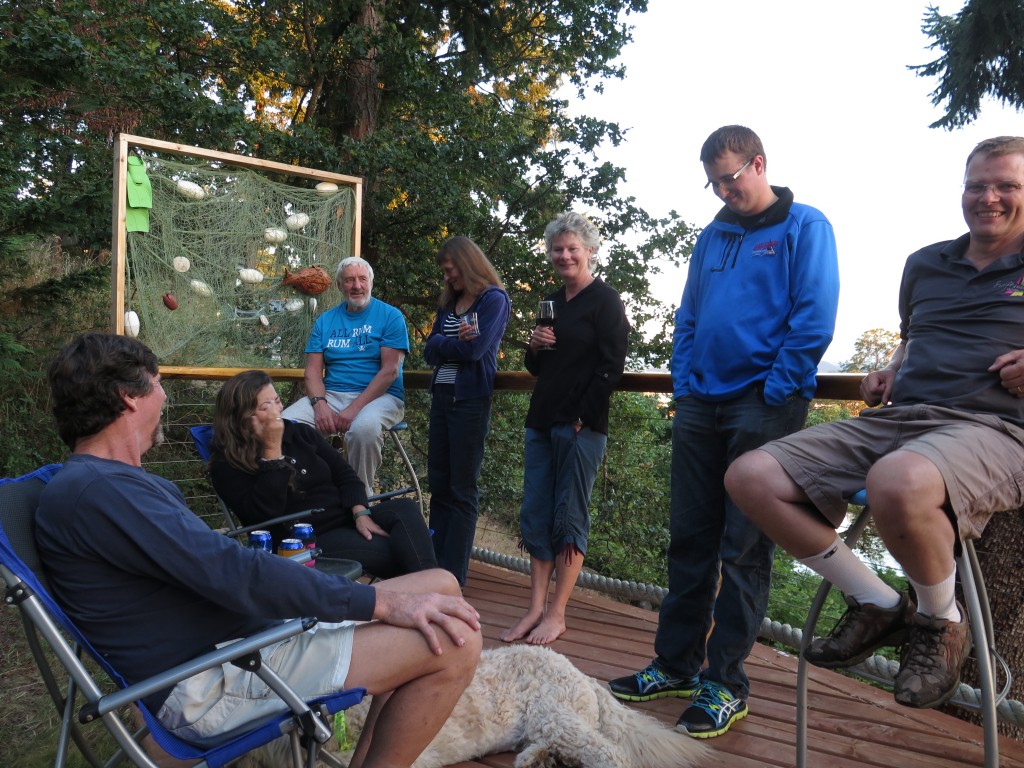 Thanks again to Wendy and Ken Pepperdine for making the BCMS 2014 Newcastle Sail-in such a success.   They invited everyone to pizza diner at their house on Protection Island Friday night and brought briquettes for the club BBQ on Saturday at Newcastle Island.

The Nanaimo Yacht club has a strict policy of keeping Multihulls off their docks  (Something about being “too wide”), so Ken lent a small outboard motor to  Bob Davis (Bad Kitty)  so that he and Cam McCannel (Dream Chaser)  could use a dinghy get to the Skipper’s briefing and Awards ceremony at the Nanaimo Yacht Club.    Dream Chaser won on corrected time and Bad Kitty won line honours. John and Marg Green found time  to trailer their new skiff up to Nanaimo, launch and come over to Mark Bay for a quick visit on Saturday before returning to Victoria and John’s never ending duties as Commodore of the Royal Victoria Yacht club. Although not a multihull, it is impressive and very nicely finished.  John has been building it in his basement over the last couple of years and was proud to show off his handy work.

The city of Nanaimo provided fireworks to top off Saturday evening for us. We had fantastic  weather and a nice turnout.  Just to complete a great weekend, favourable winds made the ‘getting there’ easy.