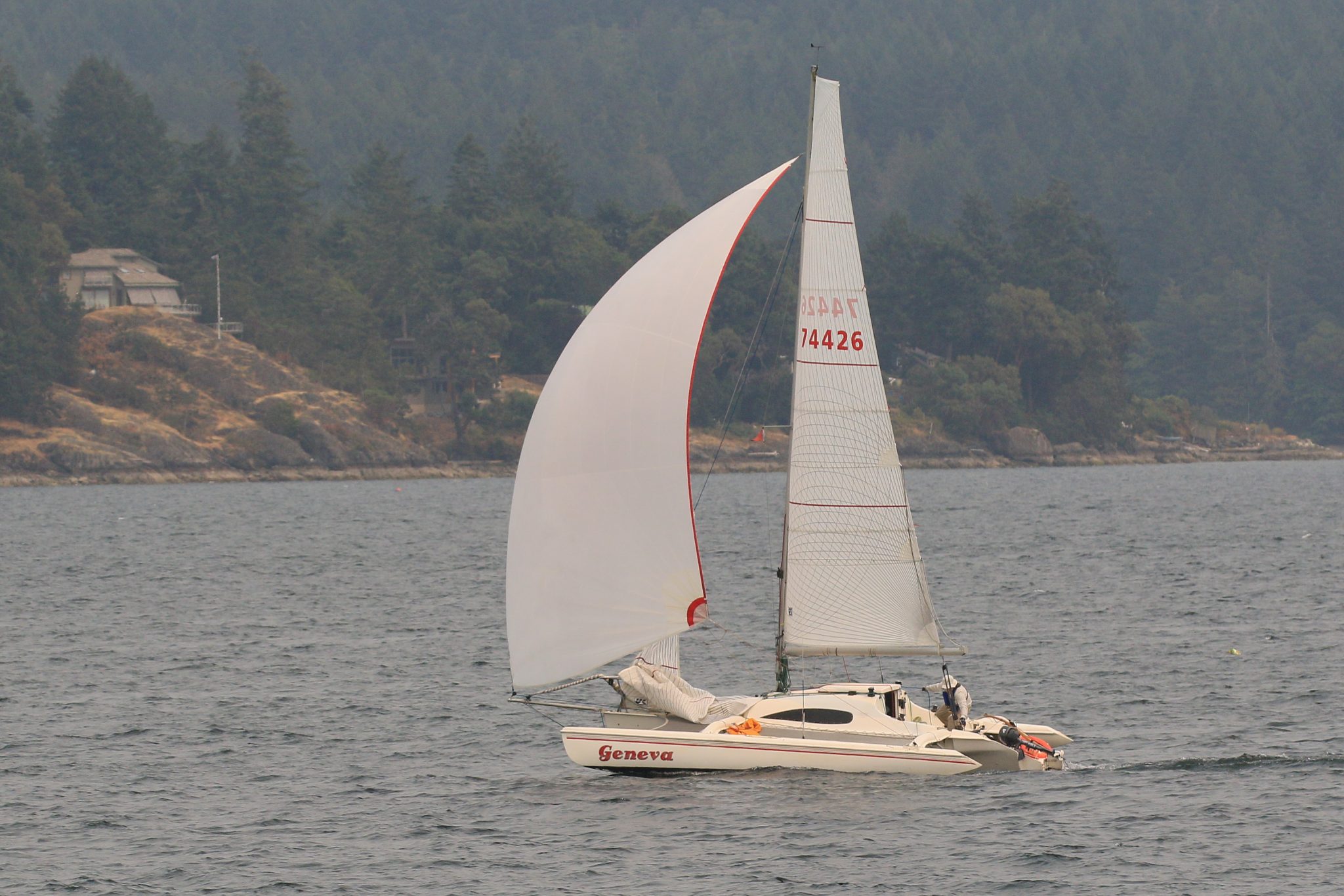 This year, the BC Multihull Society provided trophies for the top three multihulls in the Cowichan Bay Sailing Regatta. This event is held every year on the BC Day long weekend in August and is put on by a dedicated team of volunteers. First place went to Eric Pesty on Geneva, a F-24 trimaran. Eric was sailing single handed. Greg Keel and his crew earned second place and they were racing on a Corsair F-27 called Dream Chaser. Third place was Chris Sherman & crew on Son of Raven.